I am so excited to be back on my here. I’m so blessed to be hearing from old friends and making new ones.

I truly planned on posting daily…you know, getting back into the whole writing groove.

Then life stepped in…

Two nights ago my phone rang at 1am…never a good thing. It was one of my neighbors informing me that he dinged my car backing into his space. I went down to check the damage, basically a few paint chips and scrapes.

Then, when I woke yesterday I realized that I had an invasion of grain weevils in my pantry and cabinets in my kitchen! EEEEW….So, I spent all day cleaning out the pantry and cupboards, vacuuming, wiping down and spraying clove oil…hopefully that will be the end of it.

Needless to say, all of the stress has wore me out….took a nap this afternoon and now, can’t sleep, but my mind is too muddled to think of anything worthy of posting.

Sorry guys…all you get is this “journal” entry.

To soften the blow to my “I will post every day” ego…here is one of my recent photos.

Hey  y’all…if anyone is still following me!

This past year has been filled with so much. I’ve been dealing with some health issues, but there have also been some really good things happening too. I am feeling the need to write so much lately and the only thing stopping me has been my own laziness.

I truly hope that I still have a few followers and will build a few more as I plug along.

I pray that all of you are doing well and that we can get reacquainted over time.

Gosh, it’s been so long and there is much to catch up on.

Unfortunately, I need to get back into writing mode. Things are getting better for me…little by little. I am so grateful to have “made it” out of the dark and back to the light. Until I have a better idea of what I want to write…here are a few of my recent photos….Love and hugs, Kim

Not sure if I mentioned that my sweetheart bought me a new camera! He noticed that for the past year or so I have not been doing much in the creative realm, and wanted to inspire me. It really did!

This camera is much more intricate than my little Canon that I have been using for years. Although, I loved the photos it took, I always shot on “auto”. Now, I am learning how to shoot manual and reading about the basics of photography. I’m really excited about something for the first time in a while..(well, besides him of course lol).

These are the first two photos I have ever shot in manual, and I am loving learning more every day. Heck, I’ve had to spend a lot of time just reading the manual that came with my camera bundle and my Dslr book for Dummies. I love that I am learning something new.

Since I have been MIA for so long I am going to try to catch ya’ll up a bit.

I mentioned that I am in a loving relationship with an amazing man.

I could probably write a hundred ways that this relationship is different from any other I have had, but I won’t bore ya’ll that way. I will share one recent experience that will show the level of care and understanding I receive from this sweet guy.

Since Darrell and I met two years ago we have dated on and off. Off only because I was not really ready to begin anything serious, but we remained friends all along. Our feelings for each other continue to grow and we are closer than ever.

Anyway, I have been honest with him about my mental health issues since day one, my anxiety disorder, my depression and PTSD, OCD…you name it. (It’s like alphabet soup, right?)

About a month my eating disorder reared its ugly head for the first time in years. Being in recovery from anorexia is like a hibernating bear….asleep, but not dead. Well, someone poked it with a stick and it has come back mean as ever.

I was terrified to tell Darrell about it. For one, he knows enough about my mental health, and two, eating disorders are a very secret thing. Telling is not something that is easy to do, not even in therapy.

We were on the phone the other night when I started to tell him…then, well, I just couldn’t stop. I shared all the scary, nasty, nonsensical, crazy, illogical reality I have dealt with for the past few weeks.

I told him how it started with just wanting to lose some weight before Summer. I explained how it is with eating disorders, how it is so easy to cross the line from dieting to starving.

I thought for sure that this would be the last straw. That NOW he would go running. He didn’t.

Instead he called me from work later and told me how he was going online to find out more about anorexia. He said he didn’t understand it, but wanted to help me.

Even later that night, while he was still at work, he called again. He suggested I try to get back into some of the things I used to love…like my photography.

I was so touched and in awe of this man for thinking of me so much in the middle of his busy shift at work. I know that might sound strange, but any of you that know me know that I have never experienced what it’s like to be truly cared for…not like this. I couldn’t fathom that he had me on his mind that much and while at work, trying to figure out what to do for me.

The next day he took me to Walmart and let me pick out a really fantastic new camera!

Even though this gesture did not silence ED (eating disorder), it did give me something else to focus on (no pun intended) for the past few days. This camera is so intricate and has so many functions that I have actually only studied the manual, and some lessons online so far lol.

I am hoping to actually start taking photos with it today or tomorrow. I have not had much sleep, so probably tomorrow.

Thanks for listening to all of this rambling. I am so incredibly blessed by him…he warms my soul.

I went out to watch the moon rise over the marshes where I live. It was a great show. I don’t have the equipment or the knowledge for a great shot…just a point and shoot camera…However, I liked this one!

Back in January, the housing program I am in decided to move a few people around. I was one of those who was moved into a smaller apartment. I actually love the complex more than the other. It is much quieter here and I am closer to the ocean.

When I saw how small the kitchen was my first thought was, “It needs a window”. I love to have a window to look out of while I cook or do the dishes. So I hatched a plan.

I found the window frame at a local antique fair, and then had one of my own photographs enlarged to fit. So, now I have a window “view” over my sink. I can also switch out the photograph if I’d like to change the view!

© Kim Hood and "Quiet Desperation". Unauthorized use and/or duplication of this material, including images, without express and written permission from this blog’s author and/or owner is strictly prohibited. Excerpts and links may be used, provided that full and clear credit is given to Kim Hood and "Quiet Desperation" with appropriate and specific direction to the original content. 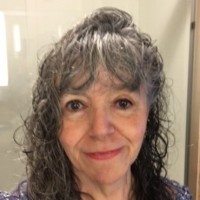 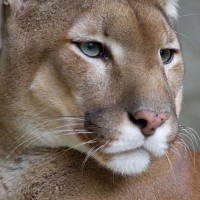 A Heart's Journey into Motherhood

Glitters & Roses
A Quiver Of Quotes

Quotes that set the mind aQuiver.

Carrots in My Carryon

My emotional baggage is packed with food

What they never taught me in teacher school.

My Site
Freedom Raines
I Won't Take It

Life After an Emotionally Abusive Relationship

Traces of the Soul

Whispering insights of this, that, then and there